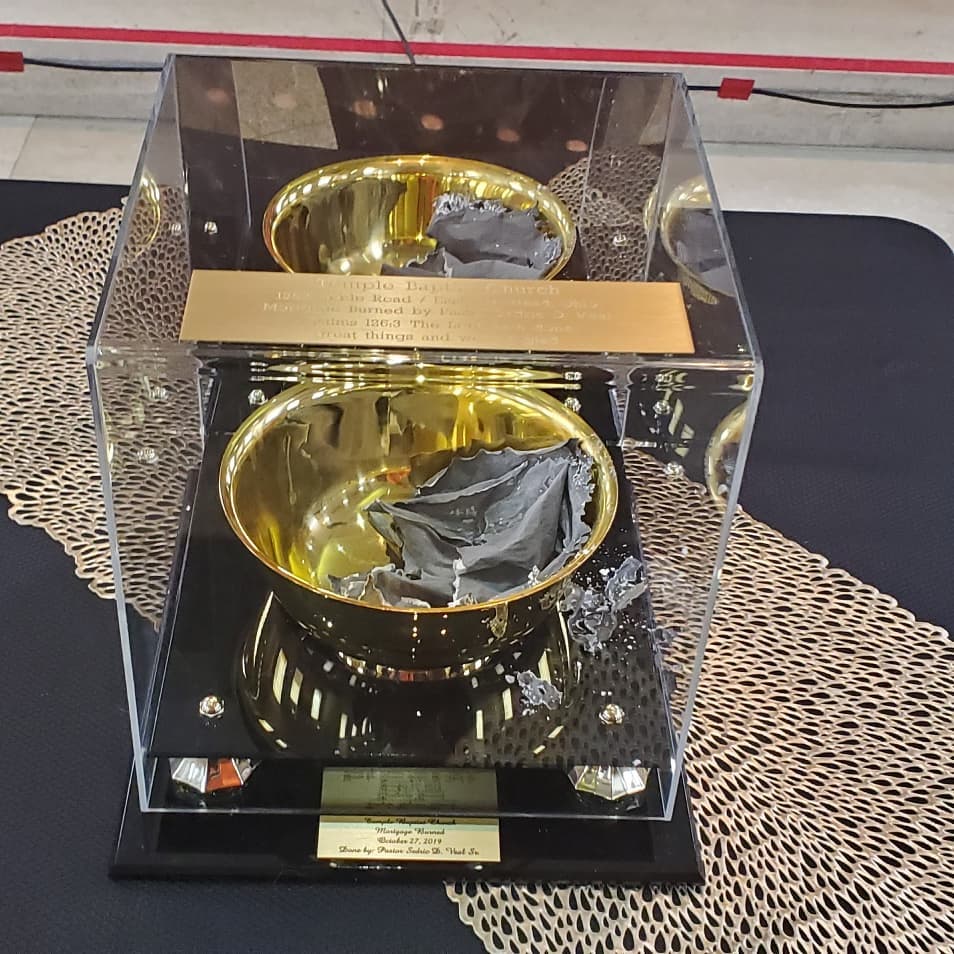 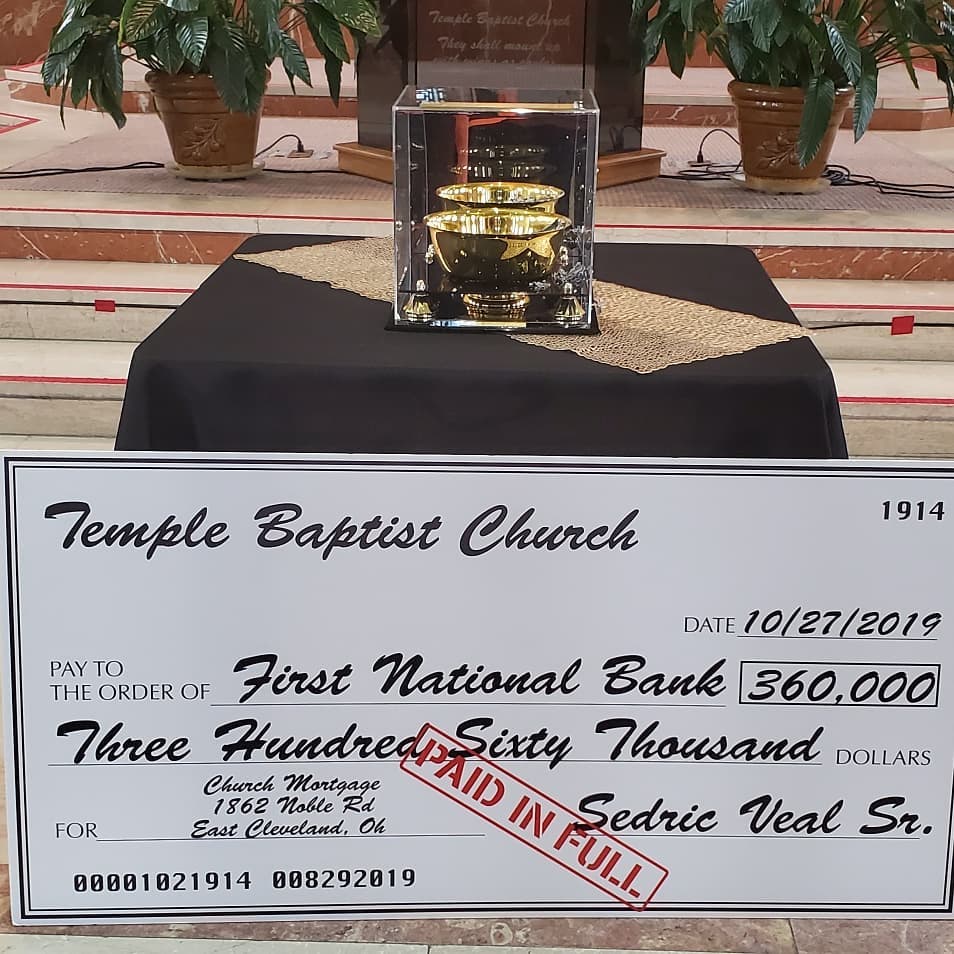 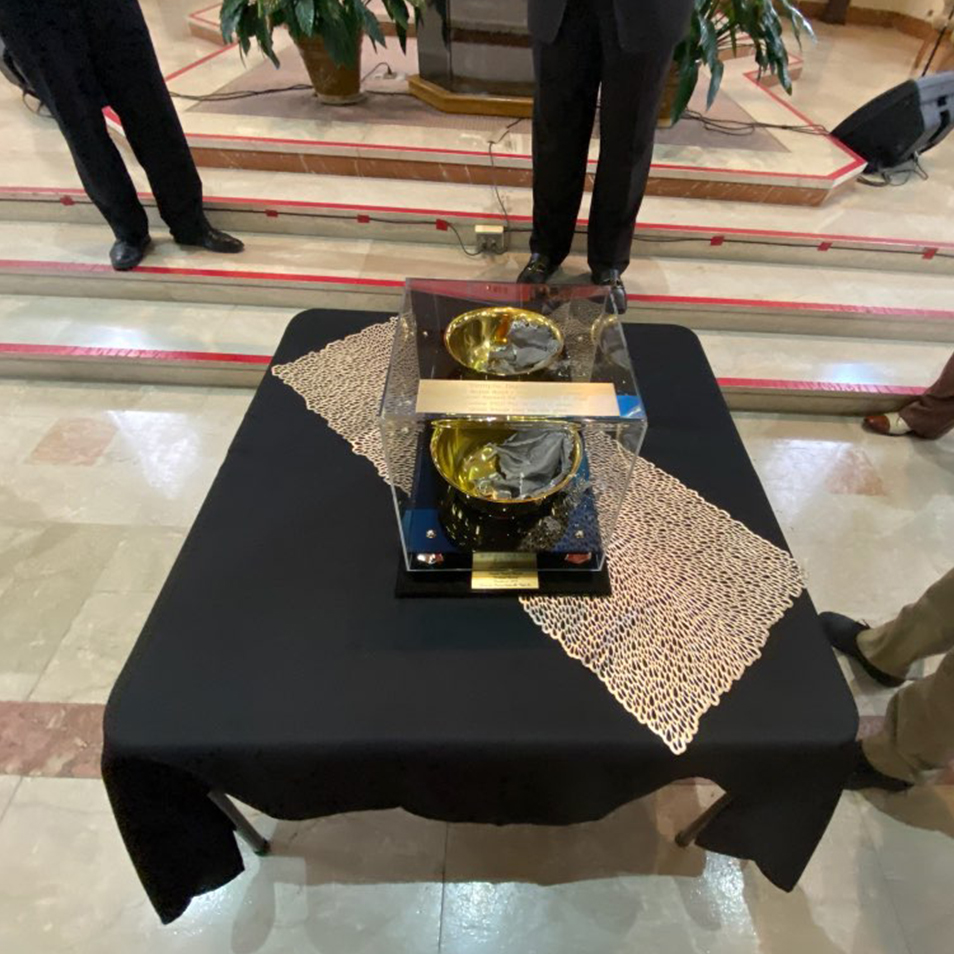 On Sunday, March 23, 1952 the Rev. Eugene W. Ward, Sr. and a few followers held worship service at the Moon Hotel, located at East 55th St and Cedar Ave to a packed auditorium.  Then on  Wednesday, March 26, 1952 a  lease/purchase was secured for the Old Cedar Theater, located at 7500 Cedar Ave. It was there that a meeting was held with 17 charter members {Ethel Barros, Sallie Blunt, Donald Boone, Willa Mae Boone, Cecelia Drain, Julia Frazier, Beatrice Frost, Sidney Frost, Katherine Fuelder, Norma Grimmett, Delores McCord, Early Page, Minnie Page, Mildred Perry, Katie Rhines, Jereline Holloway Ward} and Temple Baptist Church was organized. Rev. Eugene W. Ward, Sr. was unanimously voted as pastor.  The church motto was adopted, “The Lord is on my side, I will not fear, what can man do unto me?” Psalms 118:6.

On Sunday, March 30, 1952, the first worship service of the newly formed Temple Baptist Church was held and on Sunday, May 3, 1952 the first live evening radio broadcast service was held. The service, known as the Hour of Consolation, was broadcast from 11PM – midnight on station HOLY.  Initially, it was to be a half-hour broadcast, but quickly evolved into an hour-long service.

The nationally known Radio Combined Choir, later called the Hour of Consolation Choir, was under the direction of Professor James Earl Hines. While under his direction, along with the assistance of Professor William Charles Sims, the choir made several gospel music recordings. During this time the church had flourished so, that we were able to pay off the mortgage by year-end 1952!

The front of the building was renovated, and the Mother’s Ministry spearheaded a project to purchase the “ever-shinning” cross.  The illuminated cross on the front of the church was a beacon of light and a landmark that attracted lost souls to Jesus Christ.

The Reverend Dr. A. E. Campbell, Jr. was installed as pastor.  Under his leadership, the membership continued to grow significantly. Many worthwhile programs were added such as the E. W. Ward Scholarship Fund, Board of Christian Education, purchase of the Multi-Purpose Life Center, and a new cross was purchased for outside the church, to name a few.

The Reverend Dr. C. Vincent Berry served as pastor. In 1996, he led the congregation in the total renovation of the sanctuary.  The membership growth continued both spiritually and financially.

Pastor Veal paid off and burned the mortgage to Temple’s 44,000 sq. ft. campus.